In July, amid a world of seemingly unprecedented uncertainty, the expansion enters its eleventh year, officially qualifying as the longest economic growth cycle in U.S. modern history.


Here's what going on. 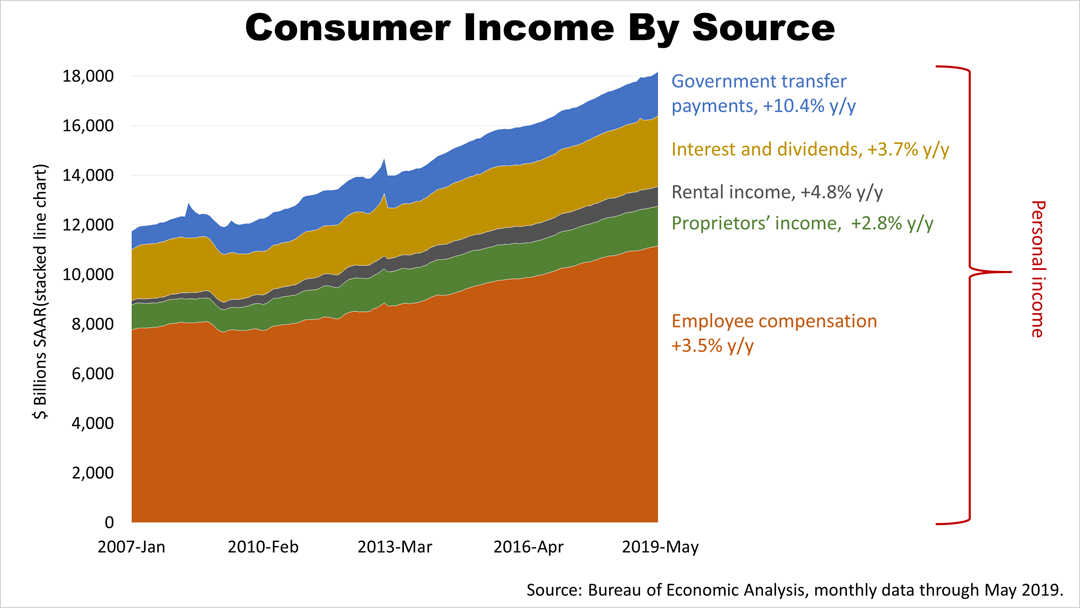 Personal income, which accounts for 70% of the U.S. economy and is the key driver of the nation's growth, rose at a strong pace and broadly over the 12 months ended May 31st, and accelerated from the pace a month earlier. At the end of April, personal income had grown 3.9% over 12 months earlier; at the end of May, the 12-month growth rate rose to 4.1%.

Personal income is mostly comprised of wages and benefits paid to employees but also includes interest, dividend, proprietor and rental income, as well as payments from Social Security, Medicare, and other government programs. All four types of income tracked by the Bureau of Economic Analysis showed strong growth in the 12 months through May. 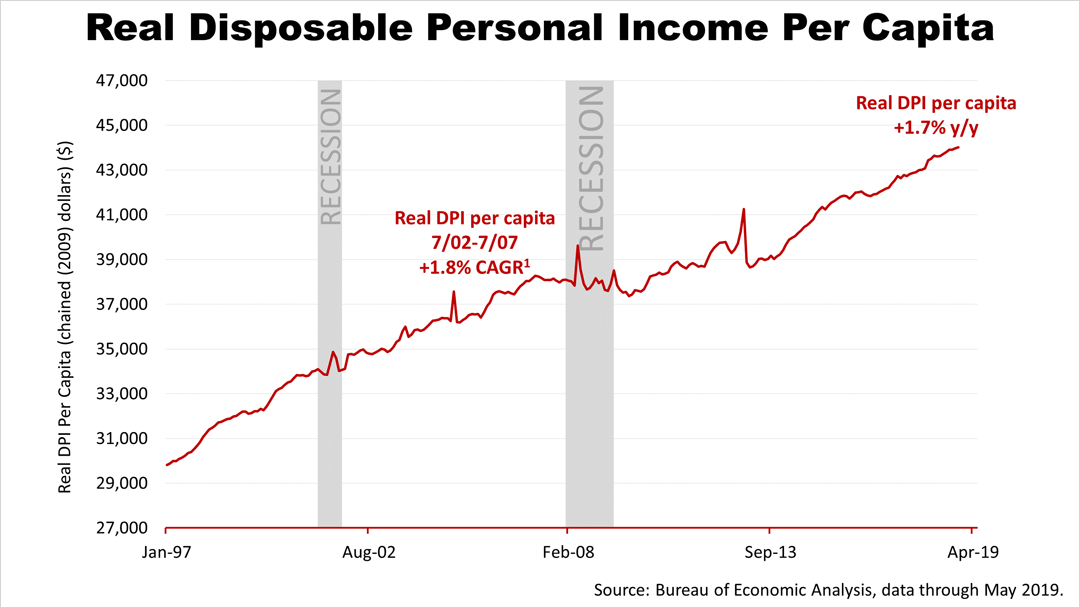 Real disposable personal income after inflation and taxes rose by 1.7% in the 12 months through May. That's as good as the 1.8% compounded growth rate in the five-year peak during the last expansion. The 1.7% rate of growth in the real DPI 12-month pace through May was an improvement over the 1.5% rate in the 12-month period ended in April. 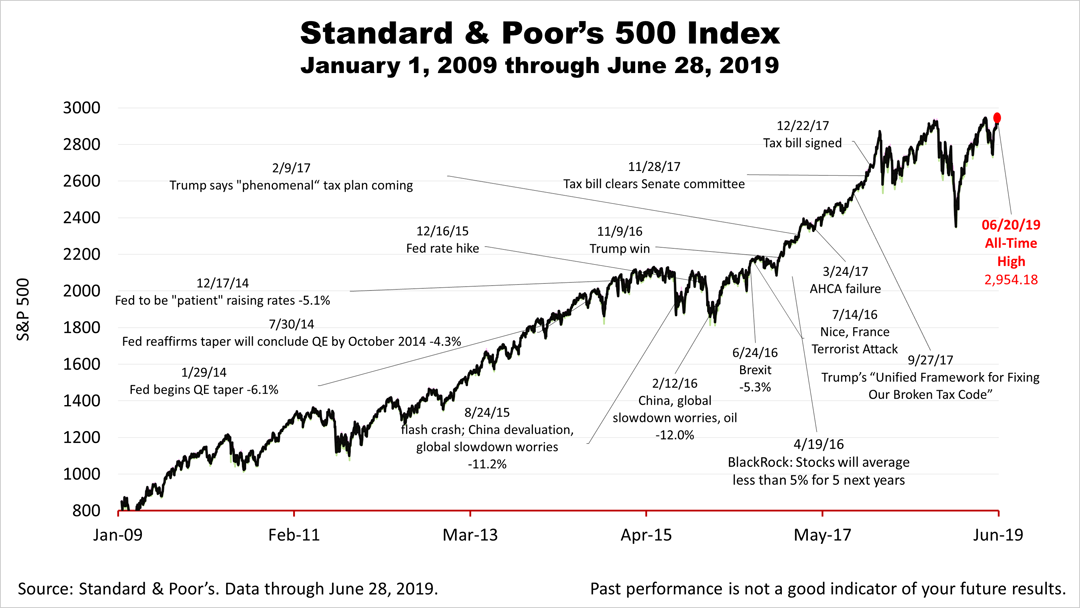 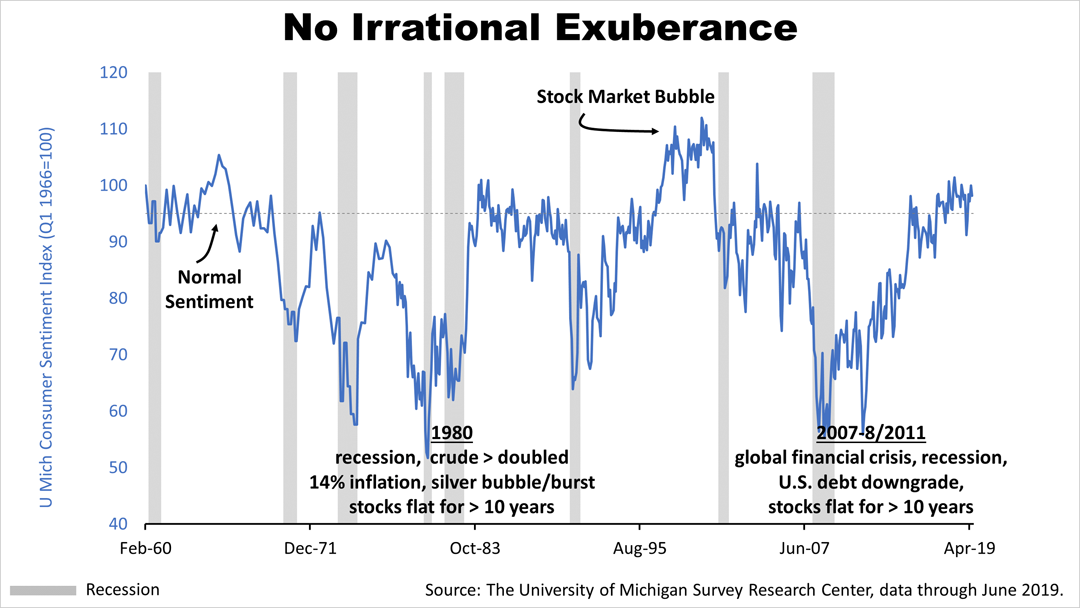 Despite real financial strength of American consumers and hovering at the all-time high price for shares in U.S. companies, consumers are not becoming dangerously overconfident, based on the newly released consumer sentiment survey from The University of Michigan. While consumers are optimistic, the consumer sentiment index is far below levels that preceded the irrationally exuberant period before the tech stock bubble of 1999.