Why Weaker GDP Is Being Greeted With A Yawn 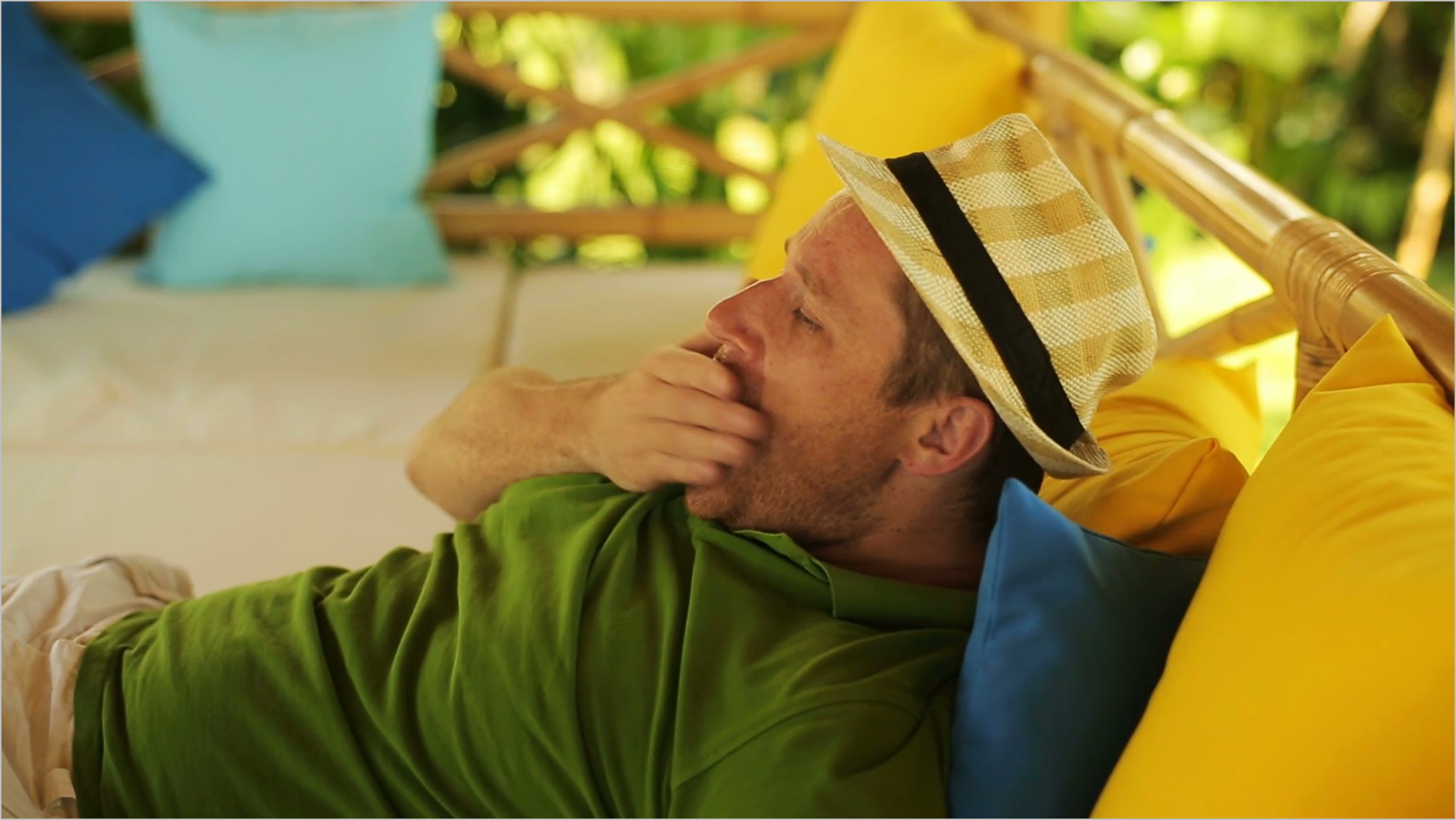 The nation's economy grew just 0.7% last quarter, the slowest rate in three years and less than what was expected, but it was greeted with a collective yawn by investors. Why? 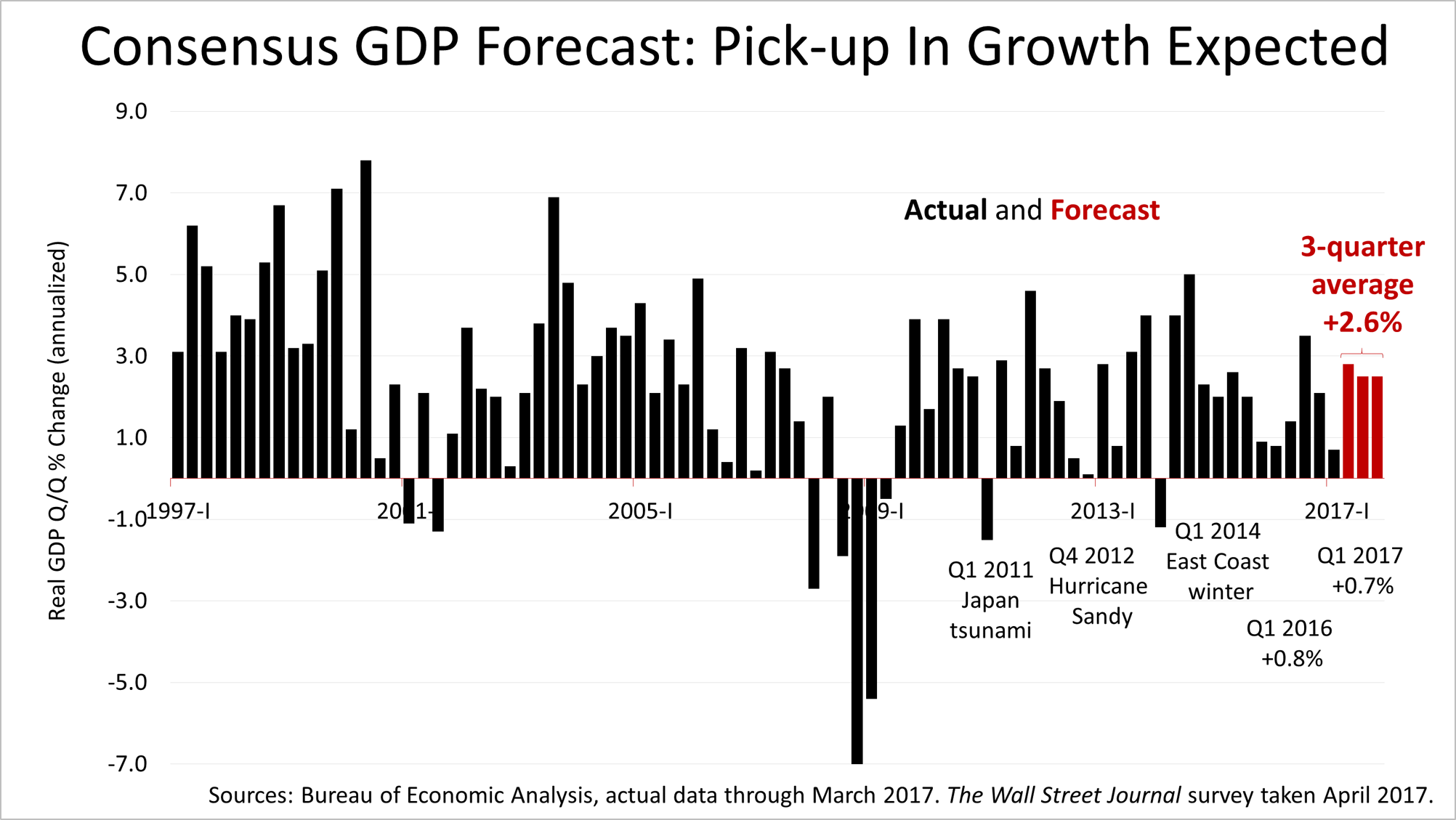 The main reason is that a slow growth rate for the first quarter was widely expected. Economists at the Atlanta Federal Reserve earlier this month had projected a growth rate of just 0.4%. 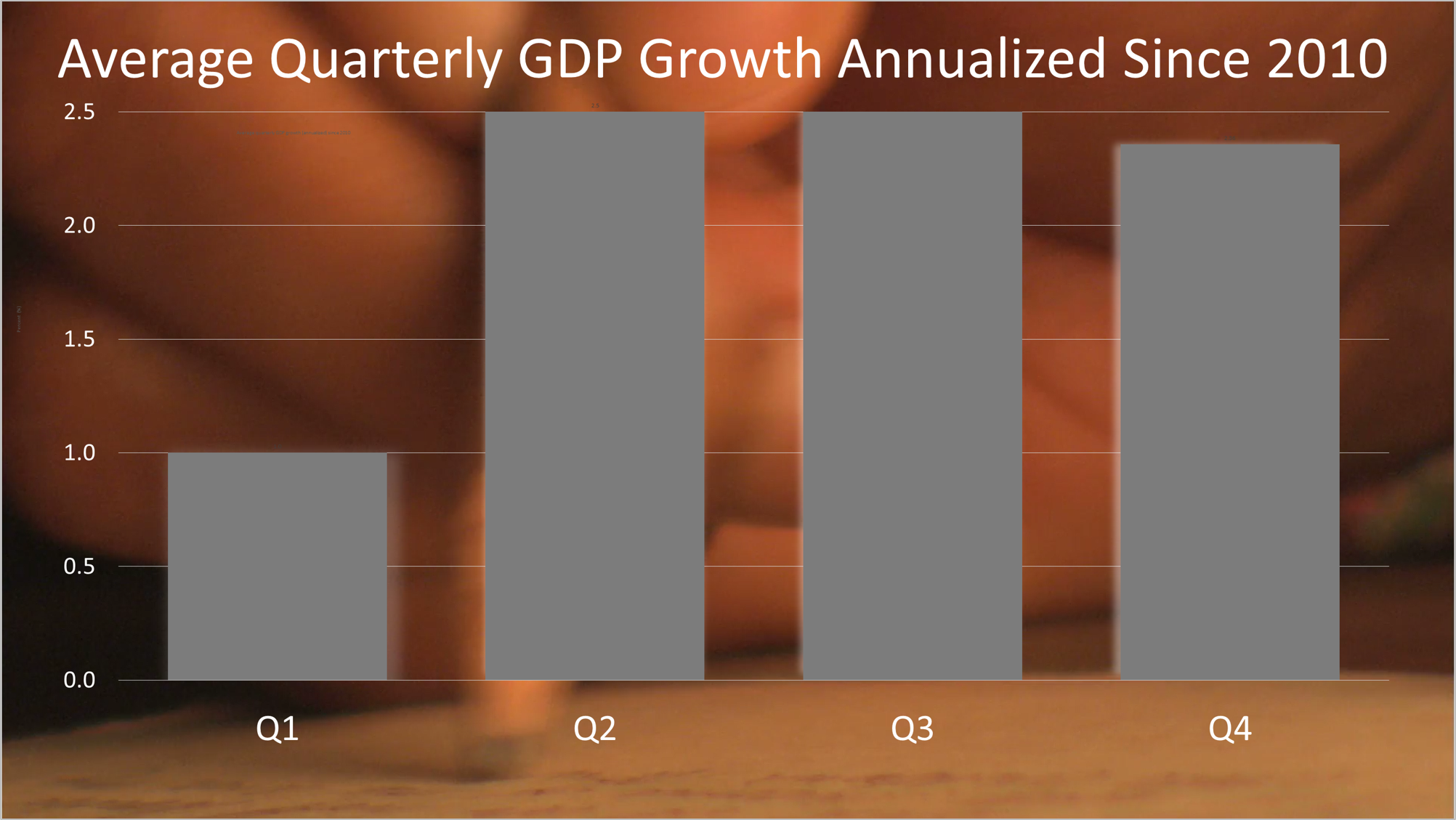 In addition, government economists have been asked to sharpen their pencils in making adjustments for seasonal changes in the economy. Since 2010, first-quarter growth has been markedly lower than the other quarters of the year, and the Bureau of Economic Analysis is considering making changes to their seasonal adjustments, which becomes necessary from time to time due to changes in character of the economy. 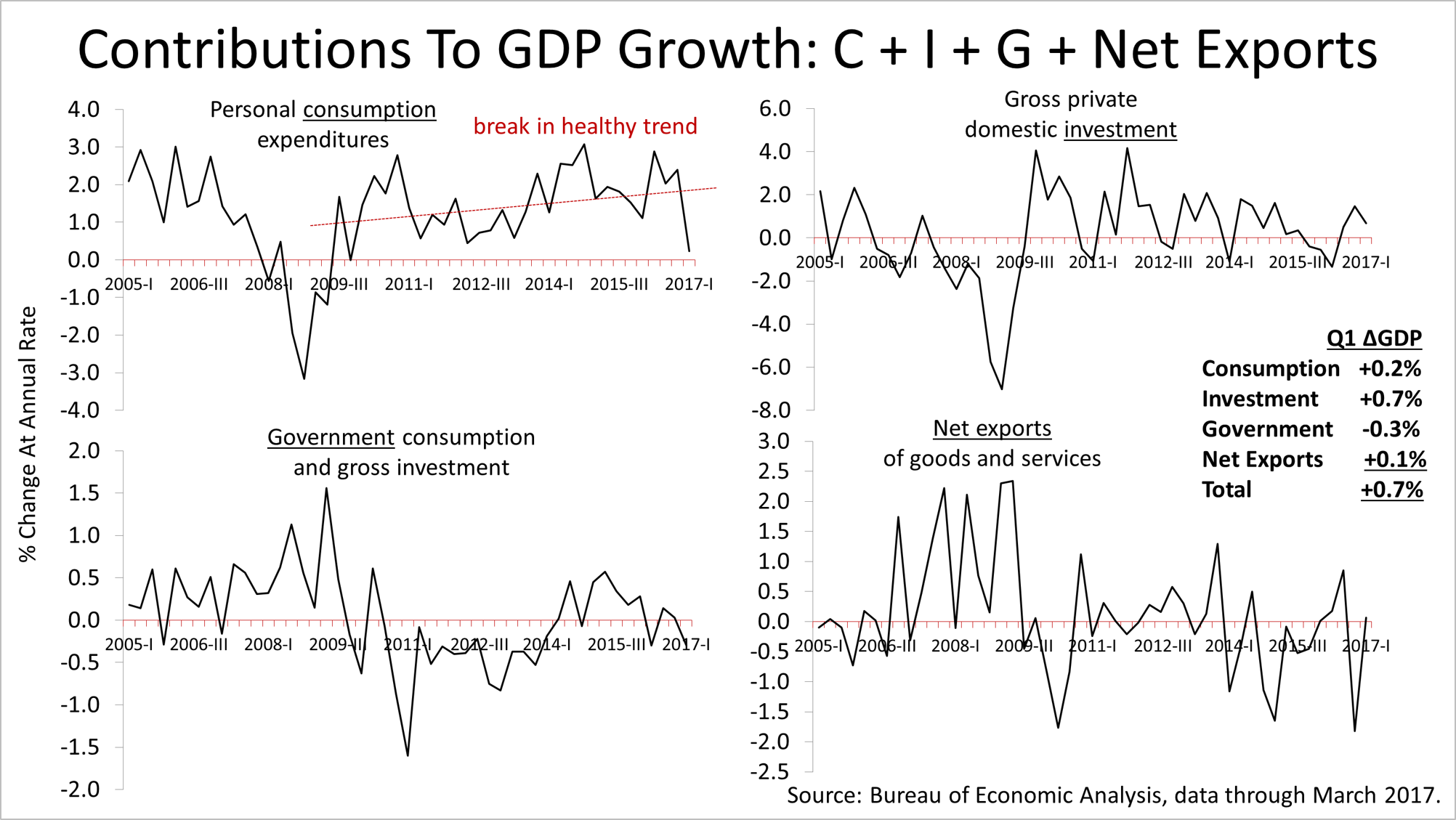 The four cylinders of the economy are shown here and the main driver of the four is personal consumption expenditures, in the upper left, which accounts for 70% of U.S. gross domestic product, dropped sharply, according to the new data. 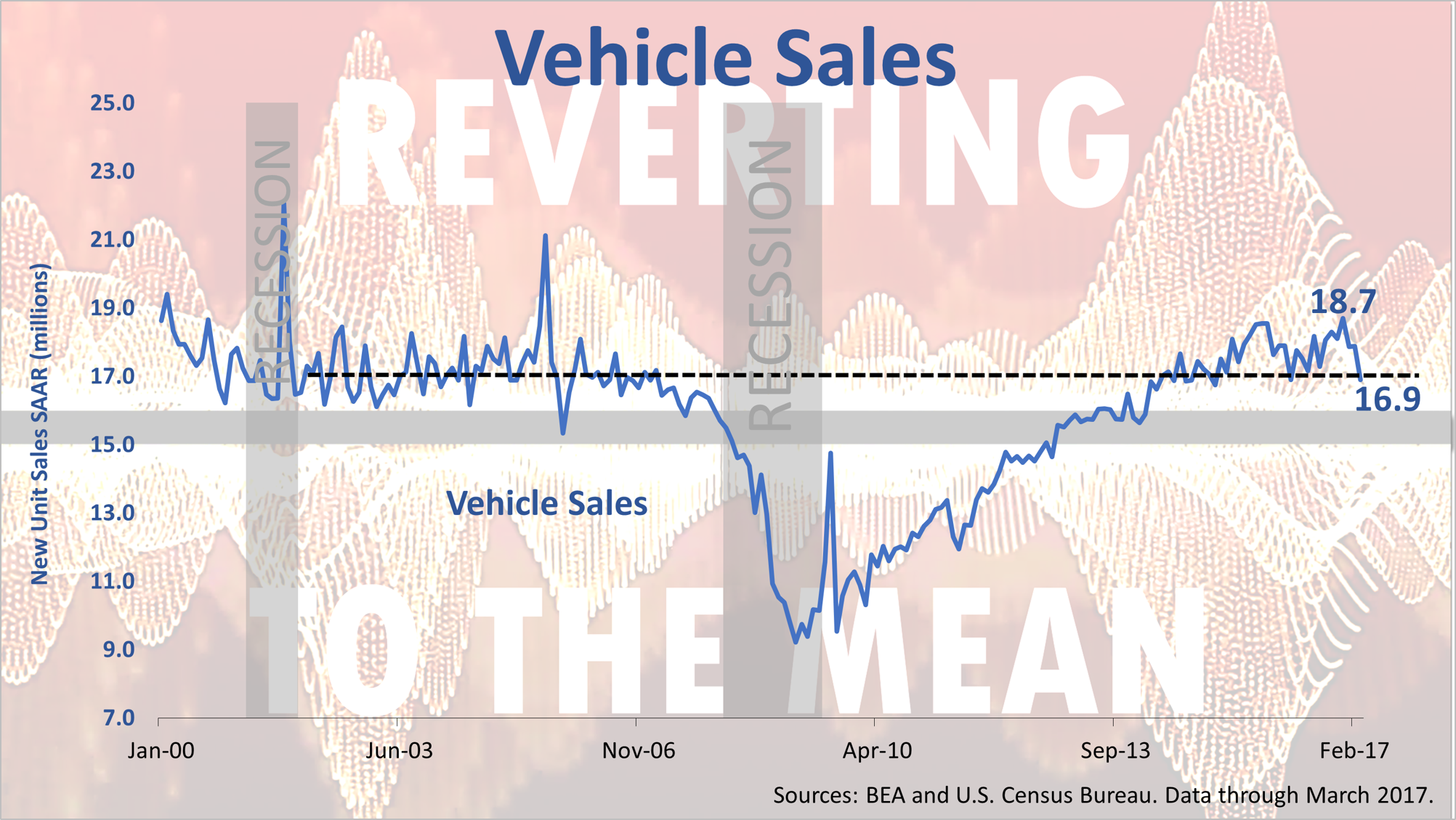 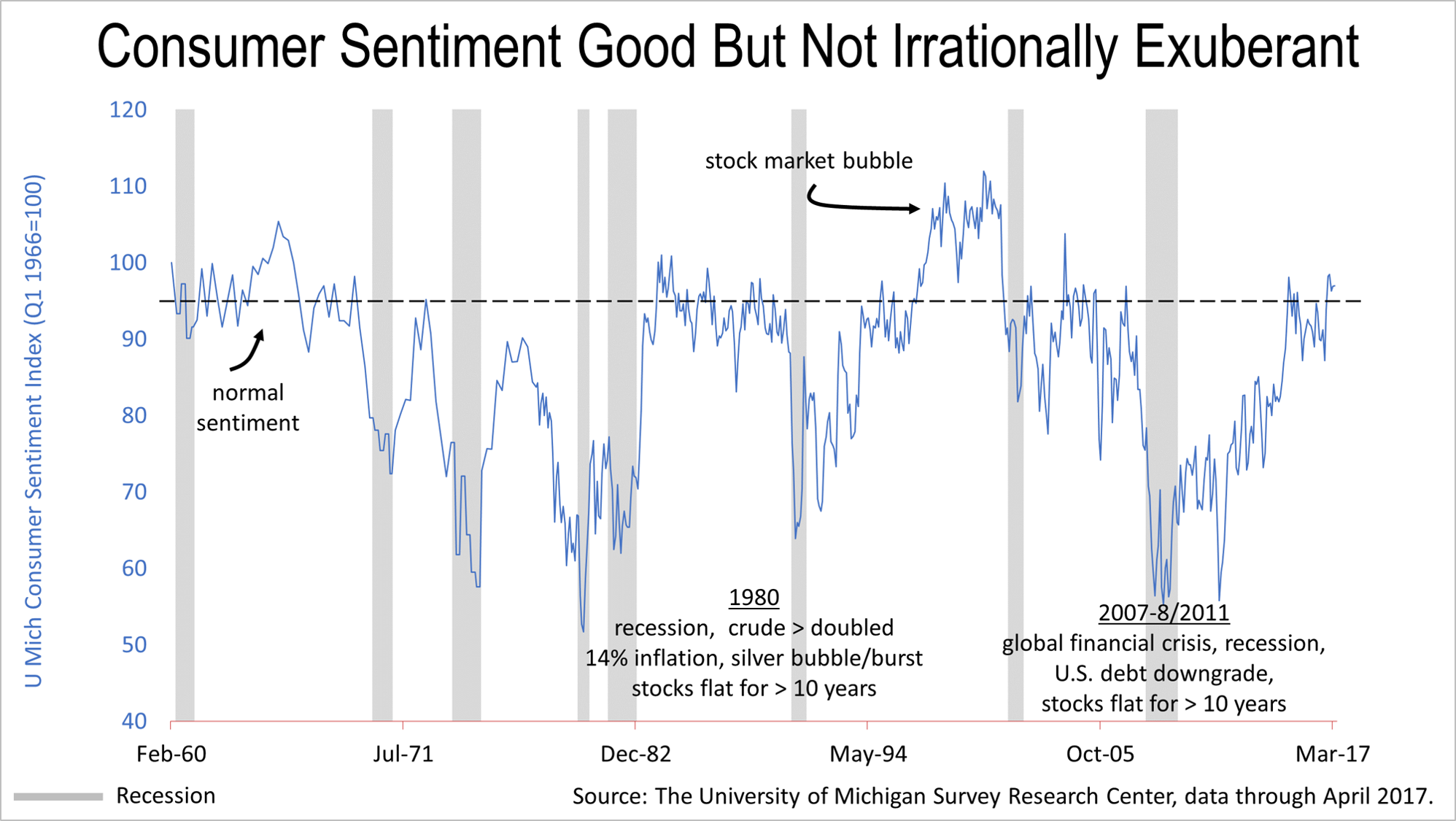 In fact, consumer sentiment in April showed an uptick and is back to normal following the long comeback from the severe recession and global financial crisis of 2008 and 2009. 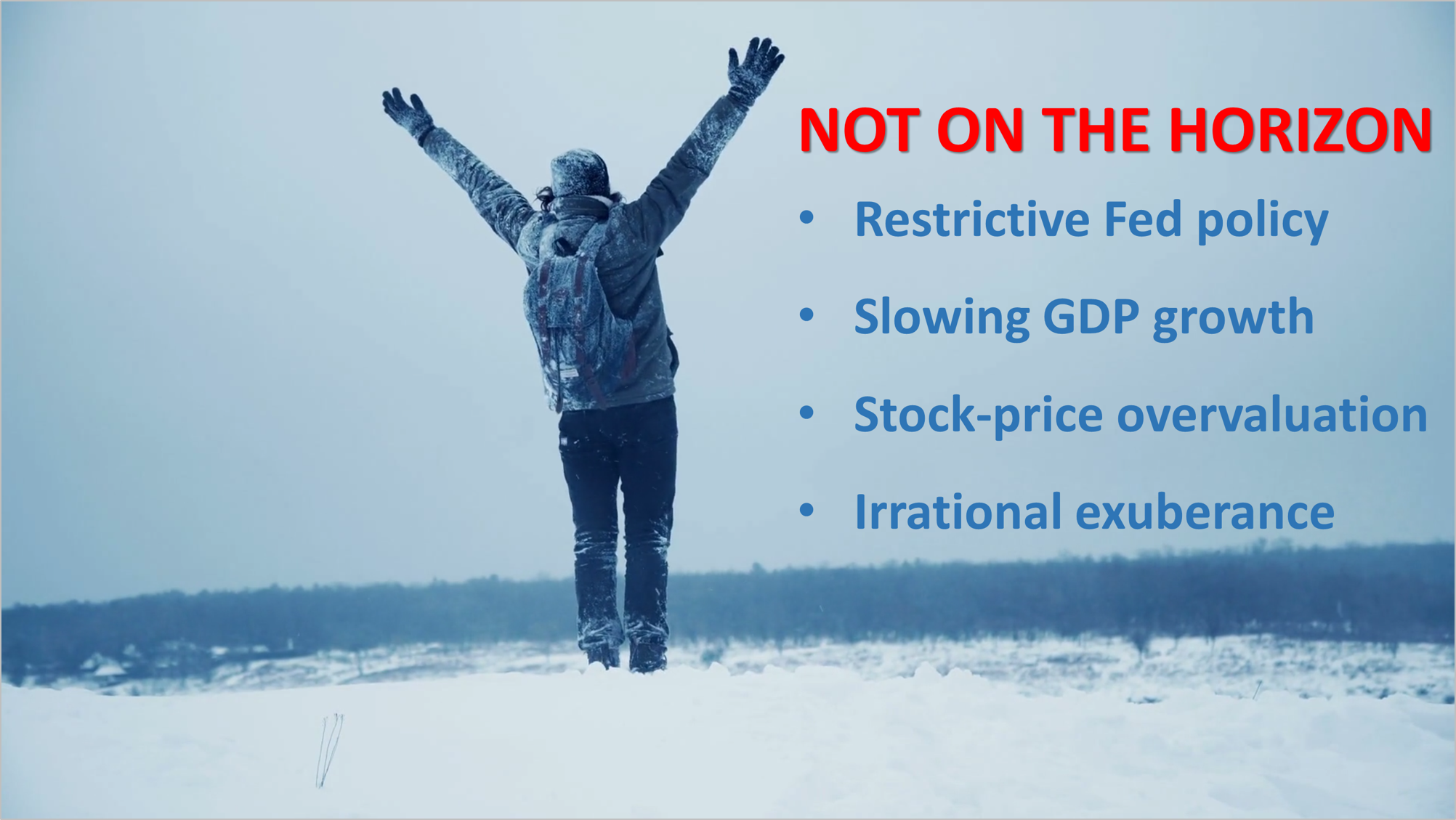 Despite the weak growth in the first quarter, economic conditions that traditionally accompany bear markets - namely restrictive Fed policy, slowing GDP growth, stock-price overvaluation, and irrational exuberance - are not on the horizon. 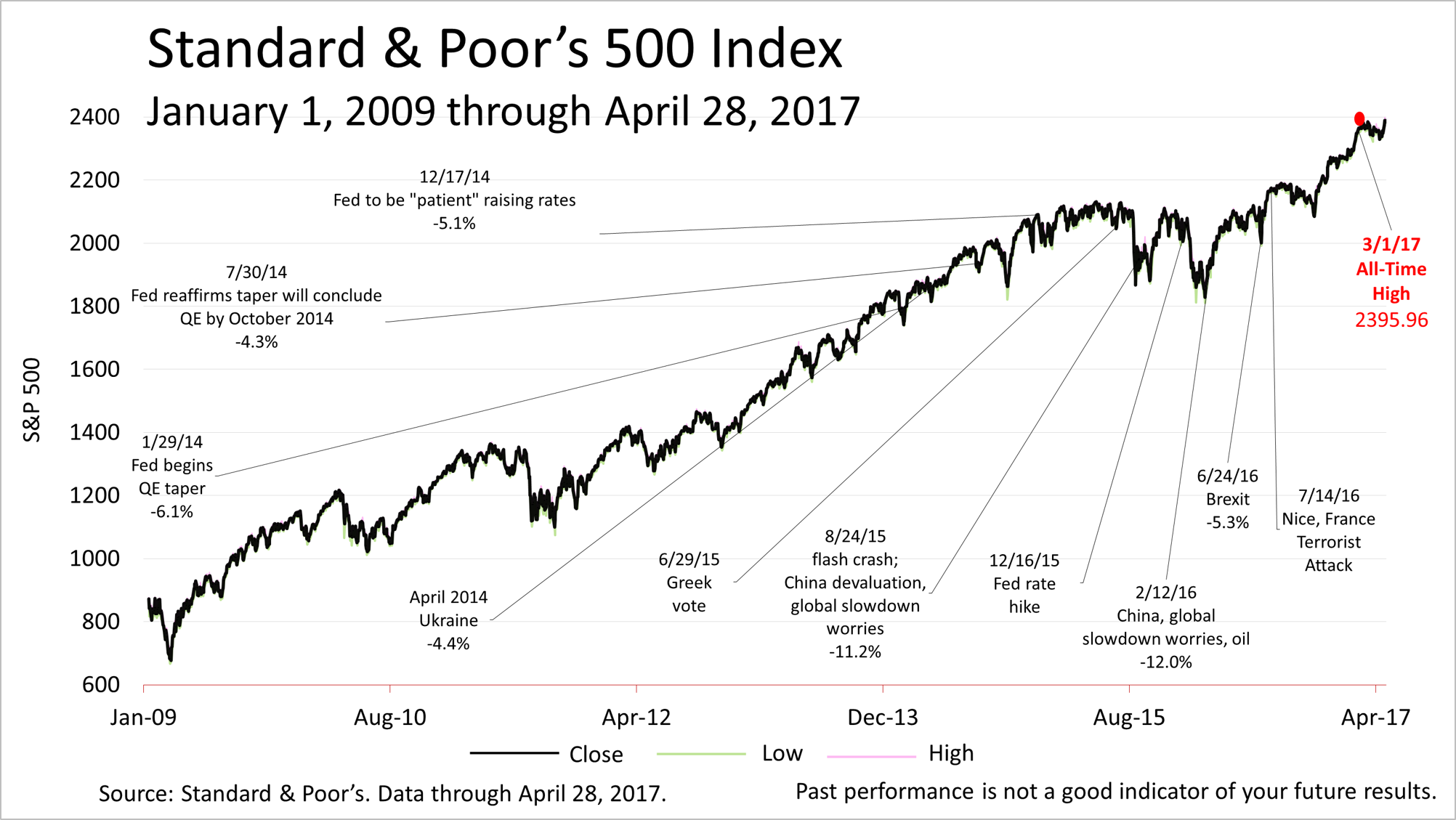 The Standard & Poor's 500 index closed at 2384.2 for the week, near its all-time high. Despite the low-growth rate report Friday, the market was off only fractionally for the day and was up 1.5% for the week. 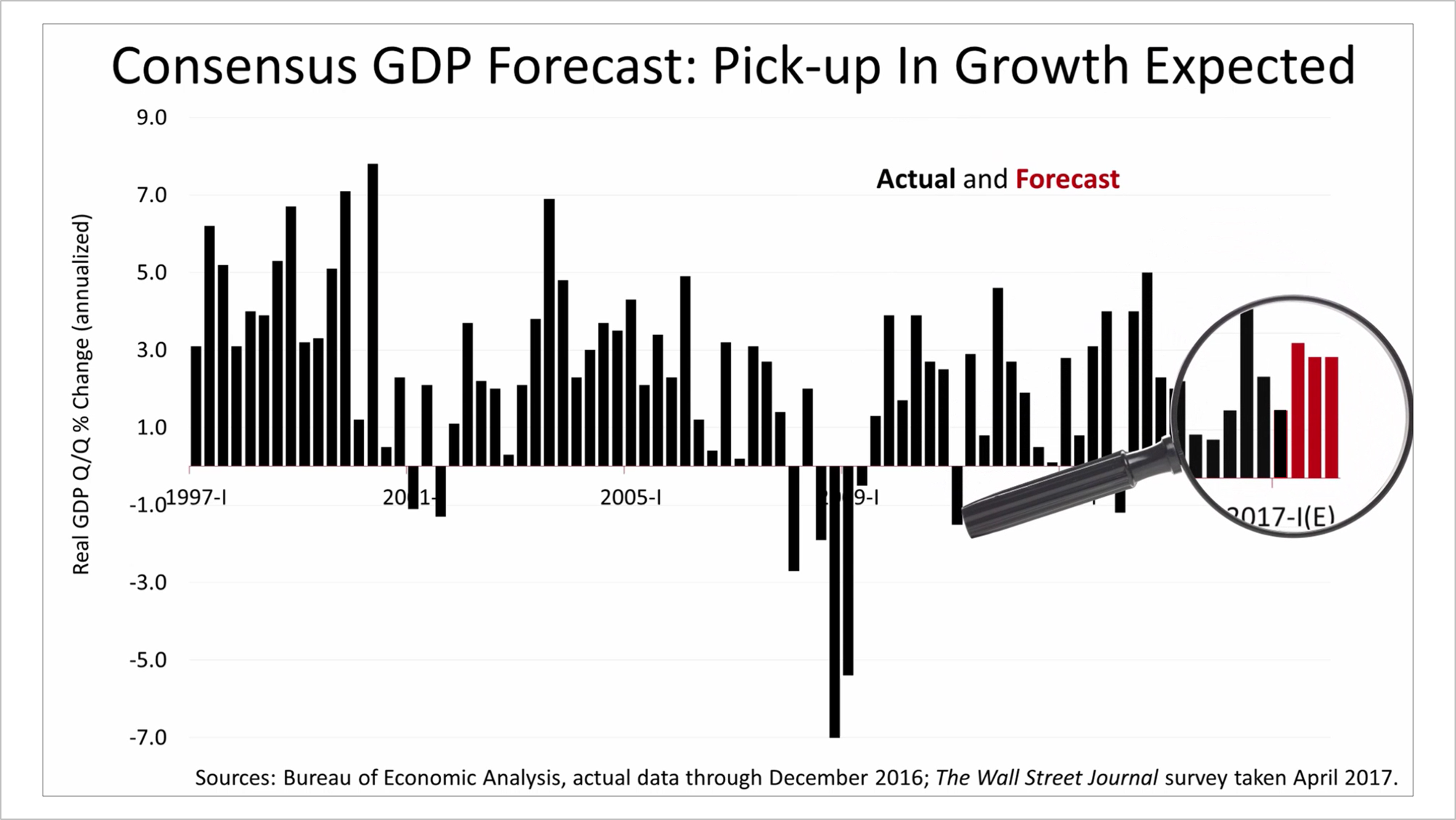 However, the Syrian crisis and tensions over North Korea's effort to acquire intercontinental nuclear missiles are adding to uncertainty and a promised tax cut may never be delivered, given the size of the federal deficit. So, it's prudent to expect a correction of 10% or 15% in stocks at any time while also remembering that the near-term direction of the stock market is unpredictable and stocks could also continue their eight-year ascent. Given the resilience of the economy and the growth expected to be on the way, staying focused on long-term trends remains wise.