Buried In The Fed's Financial Stability Report, A Potential Risk To Investors 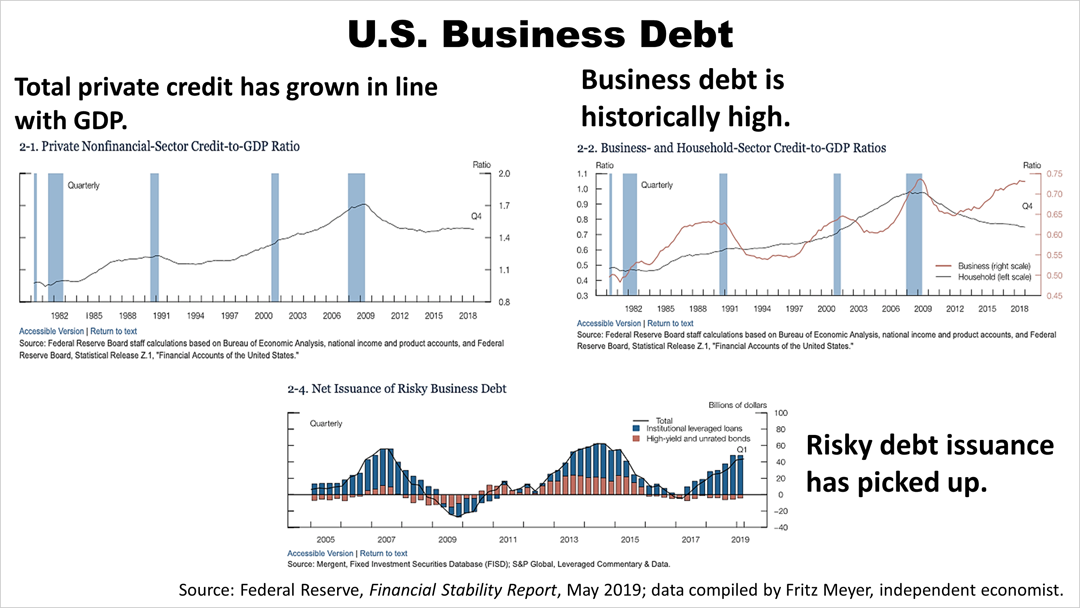 A story that did not make front page headlines this past week may pose a greater risk to investors than is widely understood. Here's an early warning about a potential risk to mutual fund investors.

The risk was identified in the Federal Reserve Board's Financial Stability Report, released on May 6th, and discussed in detail in a speech delivered on Tuesday by Federal Reserve chairman, Jerome Powell.

The Financial Stability Report is a new annual report that was first published by the Fed in 2018. It was initiated by the Fed to monitor risk to the nation's financial system after the debt crisis of 2008 and The Great Recession. Overall, the Fed concluded that there are not glaring risks on the horizon that could lead to the collapse of the financial system. This is why the report was covered on page B3 of The New York Times on May 7th and The Wall Street Journal covered Mr. Powell's speech on Tuesday on page A2 instead of page A1. 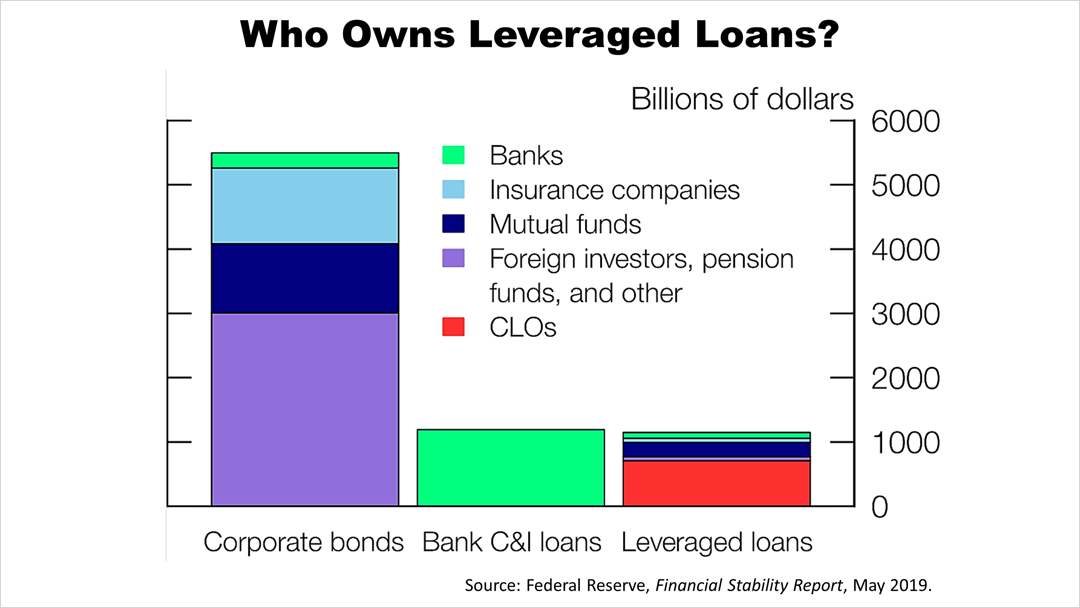 Leveraged loans are loans to corporations with a relatively high ratio of debt to their earnings before interest, taxes, depreciation and amortization (EBITDA). According to the Fed, leveraged loan borrowers have more than six times the debt of their EBIDTA.


The Fed says leveraged loans, shown in the bar on the right, are not owned by banks or insurers, distinguishing them from the owners of the mortgages that were ruined in the debt crisis of 2008. Rather they are sliced into tranches and sold to CLOs. Banks own just $90 billion of the total market of leveraged loans, which is estimated to be between $700 billion and $1 trillion, according to the Fed's Financial Stability Report. 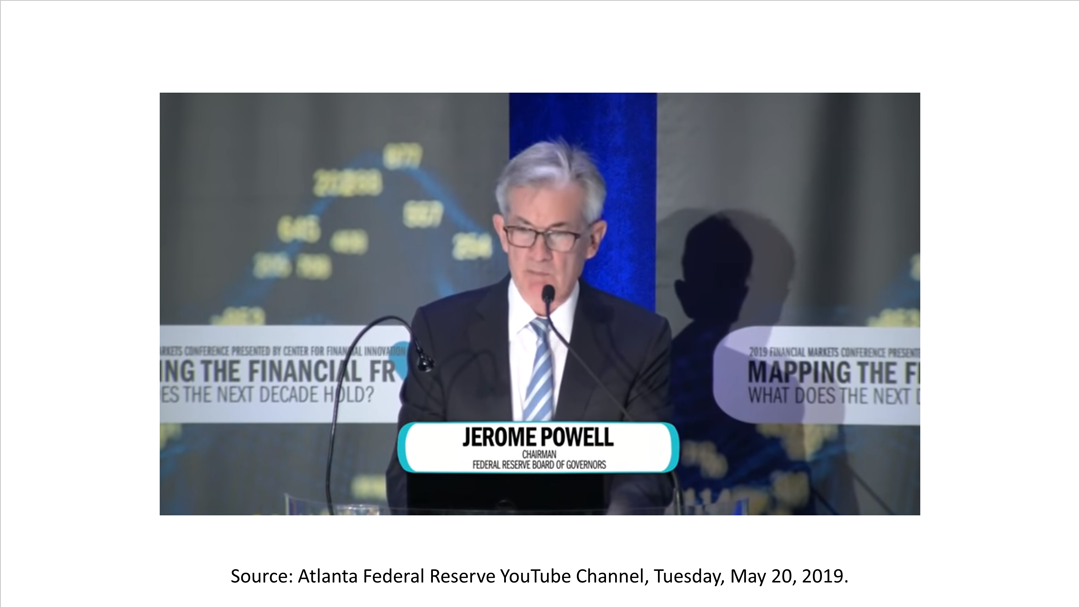 "Today business debt does not appear to present notable risks to financial stability," Mr. Powell said in his keynote speech in Atlanta on Tuesday at a conference sponsored by Federal Reserve Bank of Atlanta. "The debt-to-GDP ratio has moved up at a steady pace, in line with previous expansions and neither fueled by nor fueling an asset bubble. Moreover, banks and other financial institutions have sizable loss-absorbing buffers."

Mr. Powell said growth in business debt does not rely on short-term funding, and "overall funding risk in the financial system is moderate."

However, the nation's top financial officer said he is dissatisfied with the current level of knowledge about the leveraged loans market and the "vulnerability of financial institutions to potential losses and the possible strains on market liquidity and prices should investors exit investment vehicles holding leveraged loans."

"We are committed to better understanding the areas where our information is incomplete," Mr. Powell said. His commitment includes coordination with other domestic and international agencies to understand who is participating in business lending and how their behavior could potentially amplify stress events.

This is an early warning about a potential risk to investors that may be hidden inside mutual funds who invest in the growing market of leverage loans. 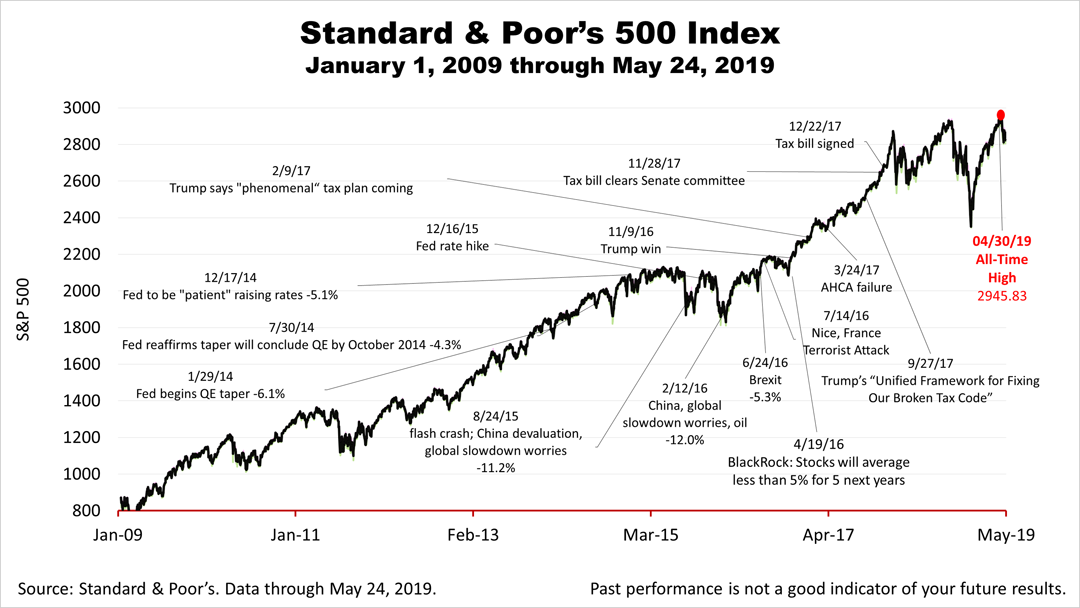